The joint venture with General Electric Co.’s mining arm announced on Jan. 29 and set to begin in April will be the first step in Komatsu’s foray into the market for subterranean mining equipment, Senior Executive Officer Kazuhiko Iwata said in a recent interview at the company’s Tokyo headquarters.

Komatsu’s absence from the market has prompted speculation that it would acquire a rival already active in the field. The Tokyo-based company, the first to offer driverless dump trucks, as well as hybrid excavators that use technology similar to that found in Toyota Motor Corp.’s Prius car, may buy technology instead, Iwata said.

“Rather than spending a huge amount of money to take over existing products, we’ve decided to create new value through our own efforts,” Iwata said.

Komatsu’s trucks and shovels have so far been used only in surface mines ranging from Rio Tinto Group’s Pilbara iron ore mine in Australia to Codelco’s Gaby copper mine in Chile. The company’s new focus is a bet that rising demand for metal and mineral commodities, particularly in emerging markets, may push mining companies deep underground in search of resources.

Komatsu’s approach differs from that of Caterpillar Inc., the largest maker of construction and mining equipment. In 2011, Caterpillar paid $8.8 billion for Bucyrus International Inc., adding products such as mining shovels, drills and roof supporters.

Komatsu’s takeover targets are outside existing suppliers of underground mining equipment because the company already has expertise in making machinery, Iwata said.

To that end, the equipment maker may be interested in companies with technology related to sensors and communication, Iwata said, suggesting Komatsu’s purchase of Modular Mining Systems Inc. in 1996 may be a possible template. 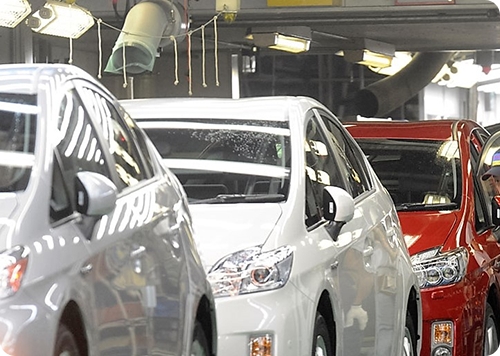